The Social Prescribing and Self Care Wiki


Produced by the Health London Partnership, the Social Prescribing and Self Care Wiki contains an extensive library of resources around social prescribing (referring people to non-clinical services) and self care including:


Although London based, the Wiki is a really useful resource for anyone interested in social prescribing or self care.
Posted by Northamptonshire Healthcare NHS Foundation Trust Libraries at 12:00 No comments: 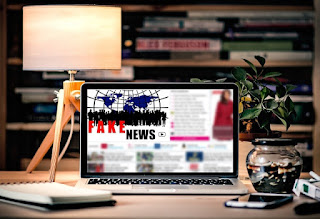 It has been a while since we last featured web sites that allow you check the facts of an internet news story (see our post from January 17), so we thought it was about time to feature another.

That's Nonsense is a UK based site that "deals with debunking Internet hoaxes, hearsay, rumours and fake news". The site promises unbiased reporting and links to reputable sources.


Of particular interest to social media users (and you can also follow them on Facebook, Pinterest and Twitter), That's Nonsense is a useful resource to help you spot the hoaxes, avoid the scams and stay safe on the Internet.
Posted by Northamptonshire Healthcare NHS Foundation Trust Libraries at 10:13 No comments: